Would birthday celebrations seem necessary to honour Beethoven as well, the most broadly studied, played, discussed, but perhaps also the most significant of all time? The two hundred fiftieth anniversary of his birth does, however, provide the opportunity to shed a new light on certain among his masterworks, thanks as well to the superb new Barenreiter edition under the editorship of Jonathan Del Mar.

Which is why I chose humbly to devote my new solo album with Hortus to the great genius of Bonn, playing the three sonatas from my life. For me each has its own emotional and musical meaning,

related to a part of my mind and bearing the recollection of unforgettable experiences. These three works are representative of the three ‘styles’ of Beethoven (a term often misused but

nevertheless appropriate). In numerous passages opus 7, the first ‘grand sonata’, anticipates subsequent pieces such as the Appassionata or the Waldstein. But it is even more upsetting and revolutionary than its more famous siblings, with its crescendos on long notes (actually impossible to carry out on the piano), the incredible power of the first movement, the minor mode in the Scherzo (revealing the first ppp ever) and the c-minor passage in the finale. As for the Largo, there’s nothing to be added to Sviatoslav Richter’s assertion: ‘This is a dialogue between man and God’. The Tempest is one of the most notorious and mysterious works by Beethoven, interspersed between the other two opus 31 sonatas, which are light, ironic jewels. The Shakespearian echo of the title has been much debated, but perhaps Beethoven – in a famous suggestion – was not speaking of this sonata, or, more probably, he was out to fool his interlocutor and all of us with him… In any case it is difficult to define this work clearly on account of its twilight hue and its melody: an absolute masterpiece. Opus 110 is my favorite among Beethoven’s works. It is, as it were, the center of gravity among the three last sonatas, at once the gentlest and the most troubling. Here is the musical description of a life, death and rebirth: in a word, it is the closest thing to the Absolute that I have ever come upon in a musical work. 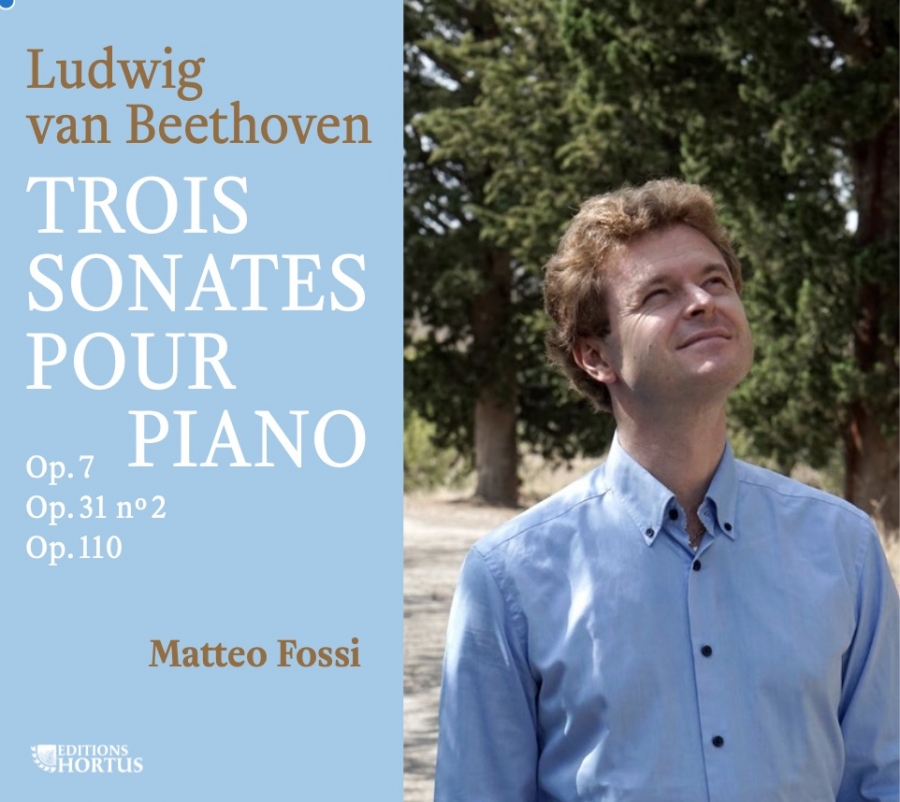